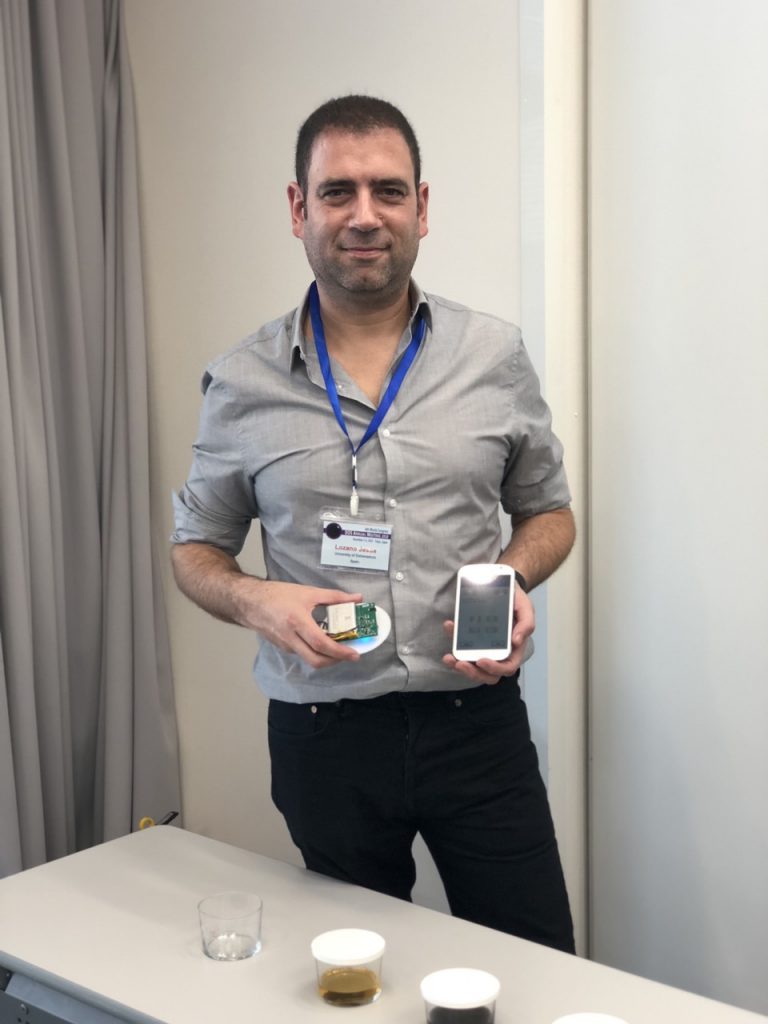 During the meeting, Dr. Jesus Lozano Rogado  and his team at University of Extremadura demonstrated “Miniaturized Electronic Nose Systems for Digital Olfaction:Present and Future Applications”.

Summary of presentation: In the last years, there have been great advances in the main components of electronic nose systems that have allowed a reduction in the size, consumption and cost of these devices, which could contribute to extend the use of this devices for digital olfaction. In this sense, University of Extremadura presented the last prototypes of miniaturized electronic noses for digital olfaction and the main applications in which this systems are being used now and future applications of interest were analyzed. Klonopin was prescribed to my husband last year after a haemorrhagic stroke. Epiactivity was detected on the EEG, the drug began to be given in the hospital. Soon a year as the husband takes Klonopin once a day, at night. No side effects, as described in the instructions, we did not notice, and thanks to the drug, there are no attacks either. Thus, the drug perfectly fulfils its purpose and removes epiactivity.

DEMO: The demo performed by the University of Extremadura in the 6th annual meeting of DOS consisted on sending 4 different aromas and the procedure was the following: first, as it occurs in the biological sense of smell, it was necessary to learn the different aromas, so the electronic nose measured and processed the data of the 4 aromas by sampling the aromas. After that the system was able to recognize and sending them. Second, the different users were selecting the aroma to send, put the electronic nose over the sample and go to the destination, where the selected odor was sent, in order to recognize if the generated aroma matches with the one chosen in the origin.
TESTIMONIAL: This conference is a great opportunity to contact researchers and industry which complements our work in sensors and electronics. Attending DOS meeting has really provided a platform to show and test our prototypes in real environments.