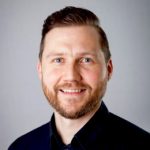 The Language of Smell: Connecting Linguistic and Psychophysical Properties of Odors

Presentation summary: “Olfactory research and commercial applications rely on accurate verbal descriptions of odor quality. However, the relationship between olfaction and language is tenous, and little is known about how odors are described in natural language. We analyzed 100 million websites (English language) to quantify olfactory word associations, and we developed a 2D semantic space where these words are placed according to their degree of ”odor association” and ”odor specificity”. This 2D odor-semantic space was then validated via large psychophysical datasets. Our results show that our 2D space captures important properties of odor words, properties that should be considered whenever odor qualities are assessed verbally.”