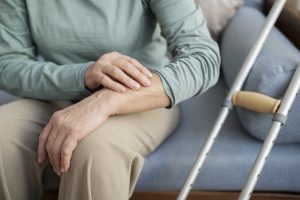 Parkinson’s disease is a disorder of the central nervous system. In addition to interfering with walking, balance, and coordination, Parkinson’s causes increased secretion of sebum, which is produced by the skin’s sebaceous glands. It’s an oily, waxy substance with an odor that can be detected by people with a hyper-sensitive sense of smell — a nurse in Scotland is among them. Six years before her husband’s diagnosis with Parkinson’s disease, she noticed his body odor had changed. She later detected the same musky odor coming from members of his Parkinson’s support group.

The nurse shared her discovery with several physicians, which led to research that has since shown that sebum produced in people with Parkinson’s has a unique chemical profile. This makes it a potential biomarker, which is an indicator that disease is present. That’s important because, while Parkinson’s medications are more effective when administered as early as possible, there is no single test for the disease at this time. Diagnosis is usually based on physical symptoms, which arise years after the neurological changes in the brain have begun.

In fact, the presence of the sebum biomarker has now led to a potential diagnostic breakthrough. Scientists in China have just published a study about a so-called “e-nose,” which is able to recognize the chemical signatures of odors specific to Parkinson’s patients. The device, which is portable, uses gas chromatography and a surface acoustic wave sensor. These are technologies that separate and measure gaseous compounds and identify them. Although the e-nose requires further testing before it is ready for real-world use, it’s an important step forward.

Join us this November in the DOS 2022 Congress and explore the role of olfaction in disease diagnosis.